A few weeks ago, I visited the San Jose meetup group at eBay’s headquarters.
At the meetup, eBay’s Brian Burke – Director of Global Feedback, talked about the details of the latest updates and answered our questions.

I trust eBay’s public announcement to cover the various updates for you.

In this post, I’ll focus on “behind the scenes”, the “Why” behind the huge change eBay is making.

Among the fees change, new shipping options and performance standards, eBay has also made a gigantic, major change –

eBay is shifting shoppers traffic back to sellers

We’re removing third-party product listing ads across the eBay platform effective May 1, 2017. We will begin replacing the ads with eBay promoted listings at that time, with additional placements coming over the course of the year.

Let me put this into simpler words –

How does eBay divert shoppers traffic to 3rd party advertisers?

Here is an example of how this works –

eBay places these “Sponsored Links” below the sellers’ item descriptions.

This is fantastic for the advertisers, as they are getting their ads in front of potential shoppers with high intent of buying the item. eBay visitors usually come to buy, not to do research or read articles.

eBay automatically chooses the right sponsored ads to serve, according to the shopper’s search query and the item they’re currently viewing.
It’s similar to how Google Adwords works – you pay Google to appear in the top (sponsored) search results to get more traffic to your website.

Try it for yourself – search for anything on eBay, click on a search result and scroll down, you’ll see 3rd party advertisers (magically) offering you the exact item you searched for.

Why does eBay sell its traffic to 3rd party advertisers?

eBay generates a substantial revenue out of selling its millions of high intent shoppers’ traffic to 3rd party advertisers.

We can learn more about this from eBay’s annual reports: 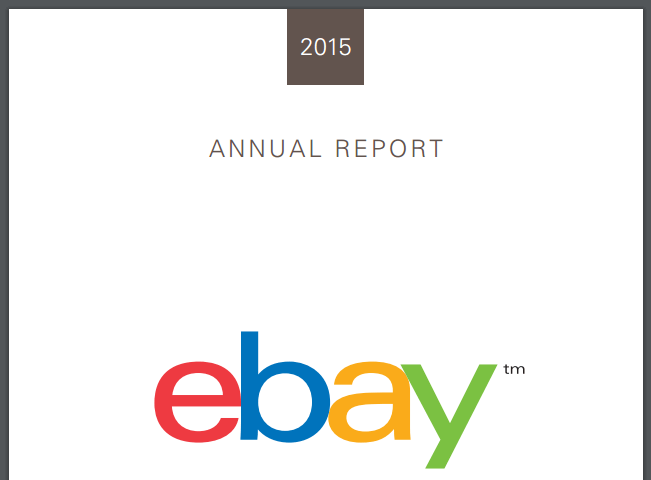 The total revenue for marketing services for 2015 was $1.7 Billion dollars – Big part of this revenue is attributed to 3rd party advertising on eBay’s marketplace.

How do the sponsored links work?

Advertisers pay eBay for impressions and clicks on their ads, thus driving the high intent, relevant traffic to the advertisers’ own webstores – where shoppers convert to customers.

Advertising revenues on contracts are recognized as “impressions” (i.e., the number of times that an advertisement appears in pages viewed by users of our platforms) are delivered, or as “clicks” (which are generated each time users on our platforms click through our advertisements to an advertiser’s designated website) are provided to advertisers.

As you can see from the screenshot above, there is a limited number of ads – 8 in this case. Advertisers bid among themselves on serving their ads on these spots, the highest bidders win and their ads are served to the shoppers.

eBay has only began driving traffic away in recent years

ebay sponsored links are quite new

Like Amazon, Facebook and Google, eBay is sitting on a huge trove of proprietary customer data.
Unlike those other online giants, eBay had not made that data available for ad targeting by marketers. Until now.

Advertisers will be able to target ads to segments of eBay customers. In a humorous slip of an example, AdWeek quotes Howard-Sarin saying, that while customers expect eBay not to reveal personal information, “that doesn’t mean we can’t create segments of shoe shoppers and let someone like Zappos—or actually not Zappos [which is owned by Amazon]—to target against those shoe buyers.”

Down Under, Ebay launched a localized private exchange with the help of its partner Rubicon Project. The press release tells part of the story, “eBay Advertising Australia has today created the country’s largest private marketplace, via a partnership with Rubicon Project. The newly created marketplace gives brands access to over 7M unique visitors a month and the ability to programmatically trade on over a billion ad impressions.”

So, why will eBay stop selling its traffic away?!

Based on sellers’ requests, we are providing more opportunity to increase their visibility as well as reduce competition from external ad sources.

For the past few years, sellers have been reporting a decrease to page views and, subsequently, sales.

The following query from Google trends shows what happened to eBay’s traffic VS Amazon in the past 5 years.

eBay is blue, Amazon is red.

And you get the idea about why there’s not enough traffic left for eBay’s marketplace sellers.

Why is this change so good for eBay sellers? 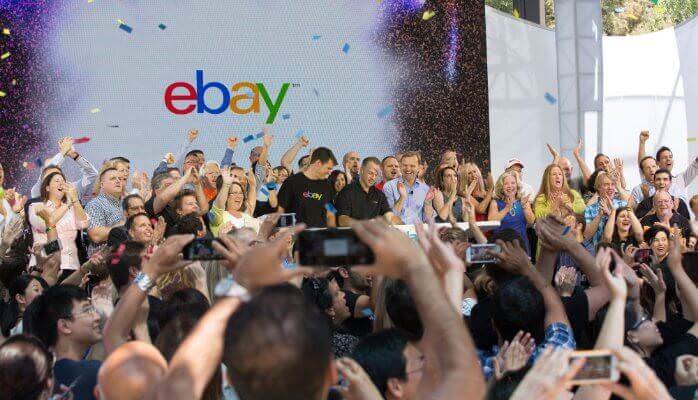 eBay’s core business has always been the marketplace itself, and 70% of the revenue on eBay is driven by small to medium businesses.

Under its new management, eBay future plans are to refocus on these small to medium businesses as the core it was established upon.

eBay rolled out its “promoted listings” program – which allows sellers to pay for premium placings on the marketplace, and this becomes possible by removing 3rd party advertisements that were previously taking these spots.

This eBay seller update is a huge change in a positive direction and it suggests a brighter future for the eBay sellers. They can expect more traffic and transactions coming their way on the account of 3rd party advertisers.

Victor Levitinhttps://plus.google.com/+VictorLevitin
Victor Levitin is the CEO & Co-founder of CrazyLister (The most highly reviewed eBay & Amazon listing software). He loves eCommerce and skiing.

Why We Almost Abandoned Selling on eBay, And What Made Us Stay

How to Boost eBay Sales? Answering your top questions about eBay sales